Natural selection arises from differences in survival and reproductive success among individuals. We study how these differences in fitness create natural selection on traits such as body size, thermal physiology, locomotor performance, and body condition. The figure below is modified from Cox & Calsbeek (2014) and illustrates correlational selection on body size (SVL) and body condition for thousands of individual male (blue) and female (red) anoles.

We also use experiments to alter the ecological agents of selection (predation, competition) and explore how the environment defines fitness. The image below shows a small island in The Bahamas that we covered with netting to exclude predatory birds (green herons, mockingbirds, mangrove cuckoos) as a source of lizard mortality.

The figure below is modified from Calsbeek & Cox (2010) and shows the results of the above experiment. We found that altering the intensity of intraspecific competition (lizard density) strongly impacted the strength and direction of natural selection on body size, limb length, and stamina, whereas altering the strength of predation had no effect. 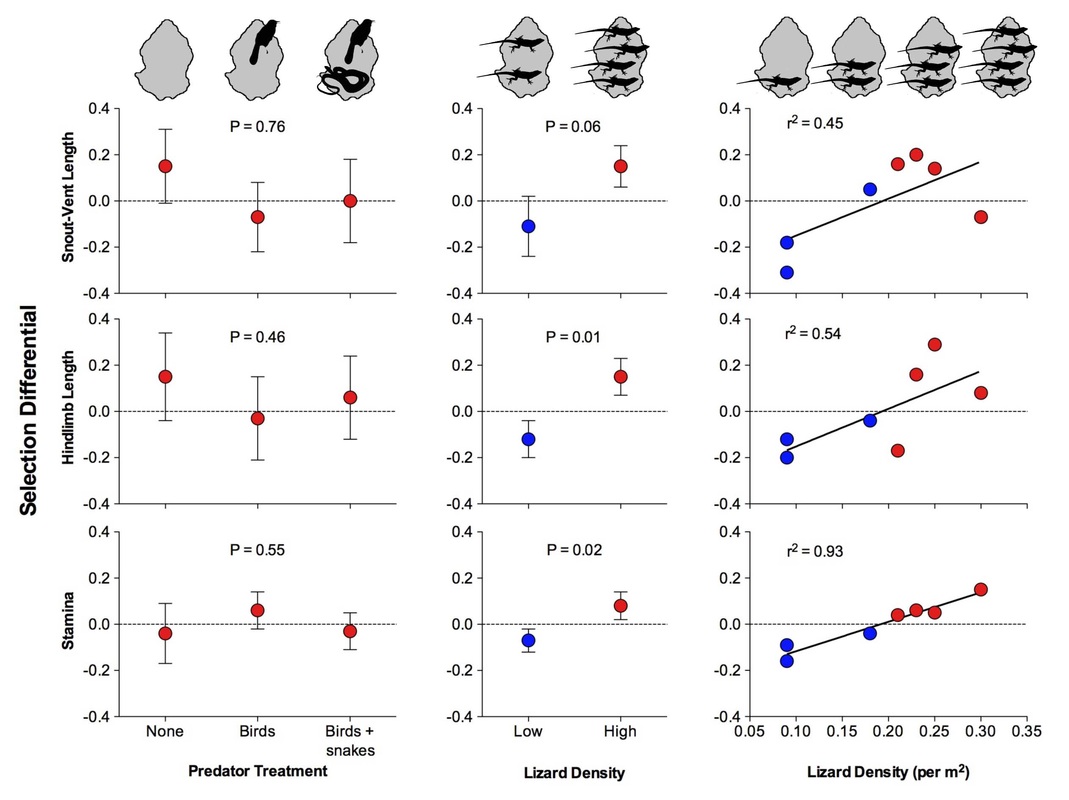 Cox, R.M. and R. Calsbeek. 2014. Survival of the fattest? Indices of body condition do not predict viability in the brown anole (Anolis sagrei). Functional Ecology 29: 404-413.

Calsbeek, R., and R.M. Cox. 2012. An experimental test of the role of predators in maintaining a genetically based polymorphism. Journal of Evolutionary Biology 25: 2091-2101.

Calsbeek, R., and R.M. Cox. 2010. Experimentally assessing the relative importance of competition and predation as agents of selection. Nature 465: 613-616.