Our more recent studies of sexual conflict and hormonally mediated growth regulation are using RNA-sequencing to explore how the same genes are differentially expressed in males and females and in response to sex-biased signals such as testosterone. To do this, we're currently focusing on the expression of growth-regulatory gene networks in the liver, which is a major integrator of growth and energetics. This project is being led by Christian Cox, in collaboration with Todd Castoe and his group at University of Texas, Arlington. 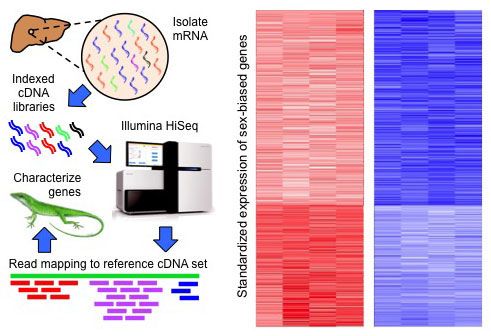